As the real estate market began to fall to shambles, prices of real estate fell dramatically. Homes were being left up for sale, people could no longer afford to pay the mortgages on their homes. Mortgage lenders were going bankrupt, with major banks soon to follow. The Subprime Mortgage Crisis had become a financial crisis.

The major turning point was on Sept. 15th, 2008 when Lehmann Brothers declared bankruptcy, with many other major banks to follow. With default rates so high, and many banks having large sums of money outstanding, many were unable function at such low levels of liquidity. When congress shot down a bank stimulus bill in order for the banks to be bailed out, the markets began to crash. The only other day with a greater drop in the DOW index was this past March with the anouncements of shutdowns. 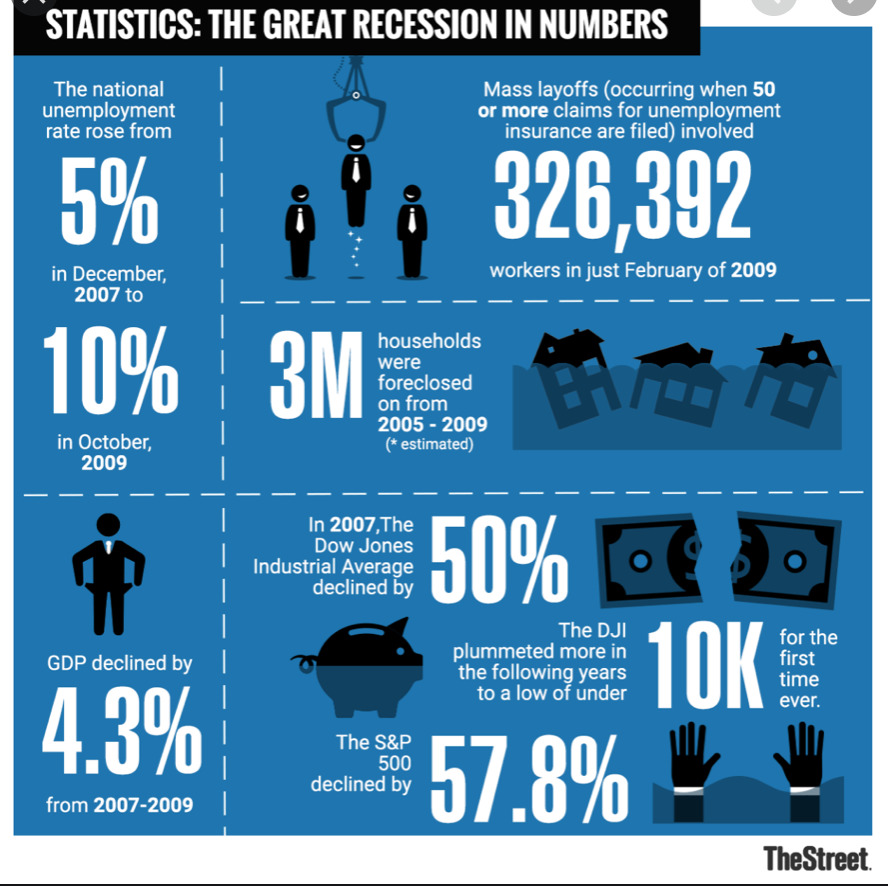 The above image shows the detrimental impacts of the crisis on Americans.

The Financial Crisis led the US and the rest of the world next into what is known as the Great Recession. It is known as the worst economic recession in US history since the Great Depression of the 1930s. It lasted from 2007 to 2009. It impacted the global financial markets from Europe to China.

While this site is mainly focused on the causes and recommendations for the financial system that we have learned from the financial crisis, it is important to understand the severity of the outcome of the crisis, so that people can understand how much the way in which the financial system is run affects the way that every single person goes about living their lives. These staggering statistics in the graphic to the right show how large the recession really was by the numbers, and how a handful of wealthy, finance elites' greed can negatively impact the lives of everyone else. 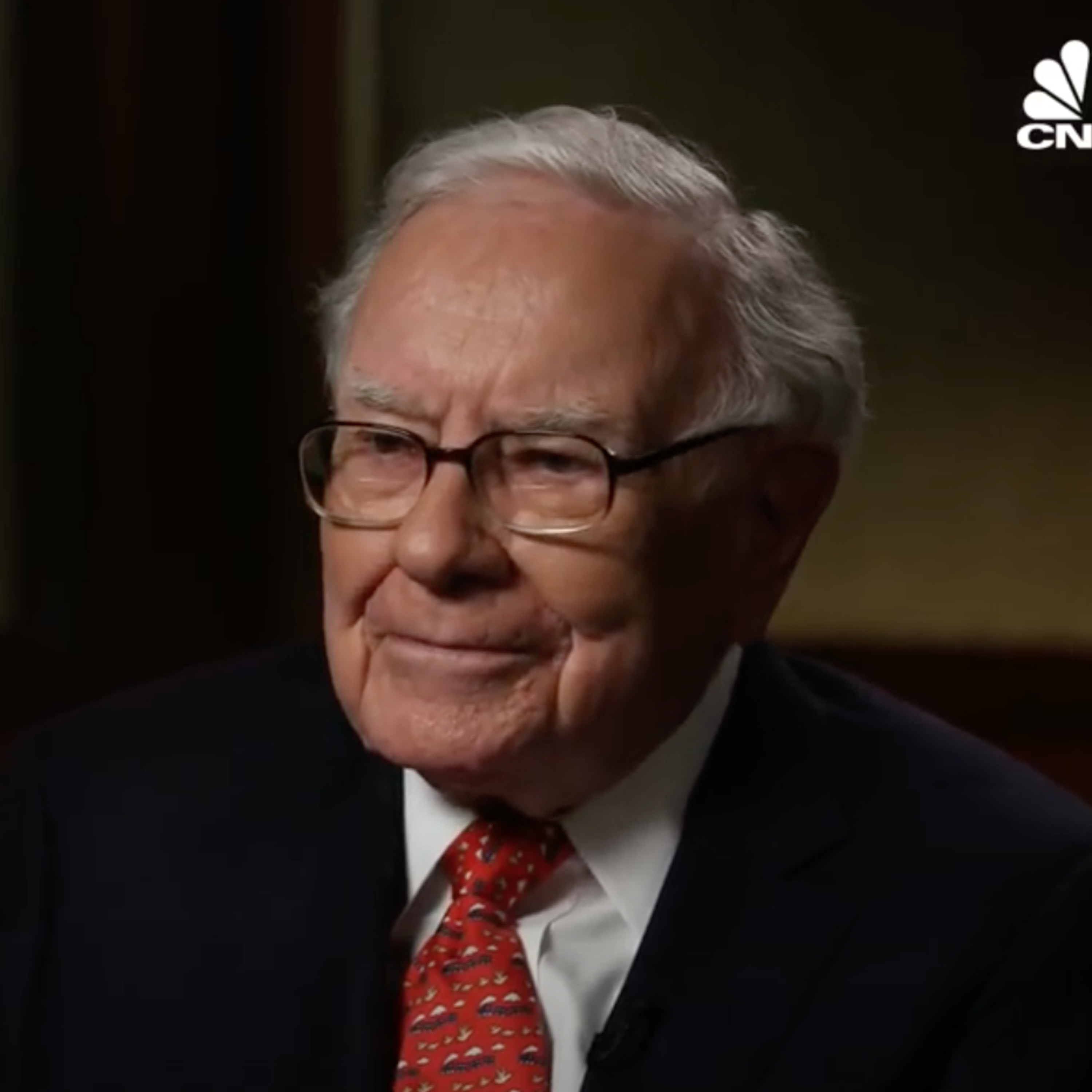 Warren Buffet is one of the most famed investors of all time. CEO of Berkshire Hathaway. 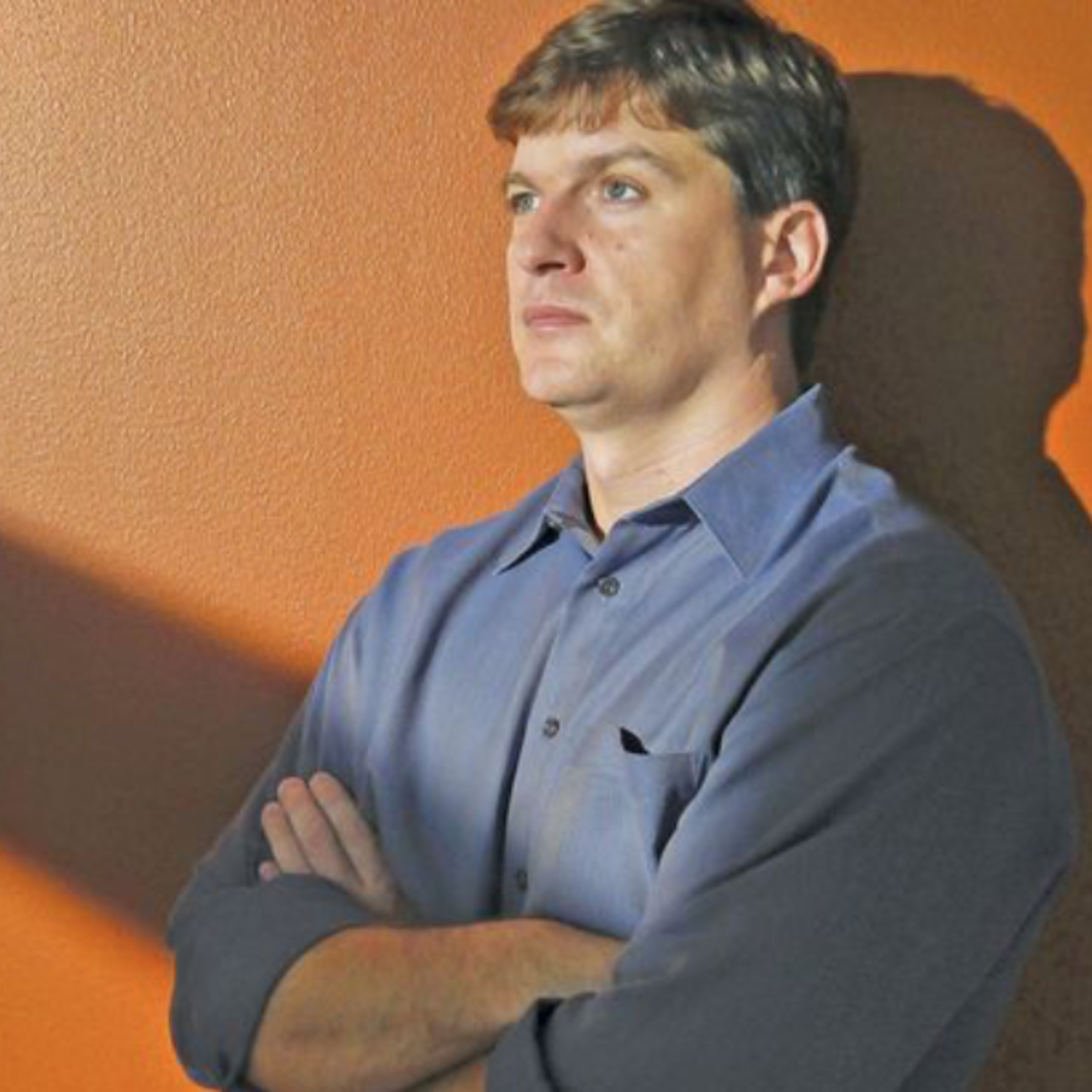 Above is Michael Burry, the famed investor who the novel and movie, "The Big Short" are based on. He successfully predicted the housing bubble as well as the crash, allowing him to make hundreds of millions for his firm.

Reactions from the Finance Communittee