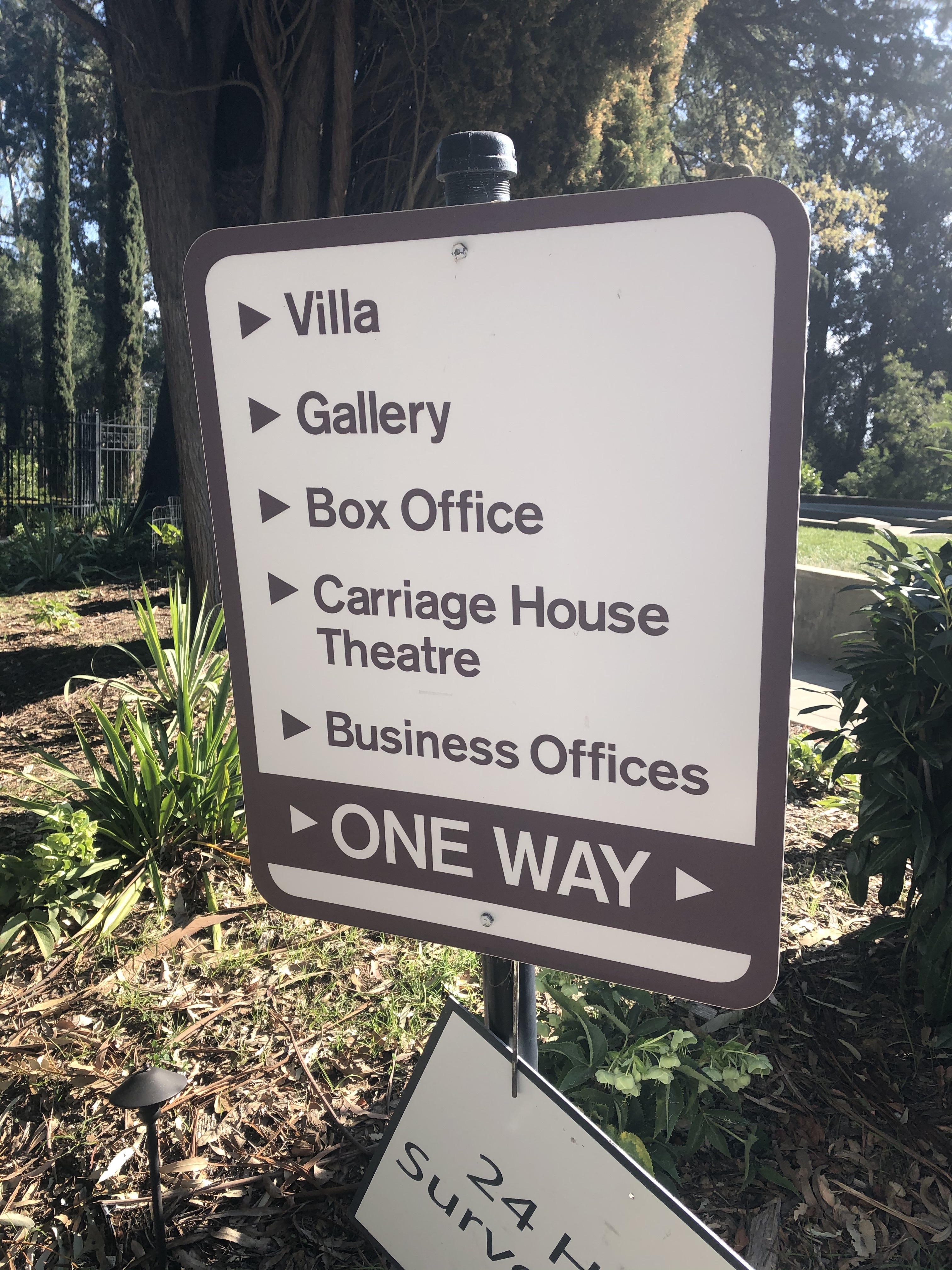 This sign not only shows direction, but also is an example of how the different facets of Villa Montalvo can split up visitors based on what they came for. 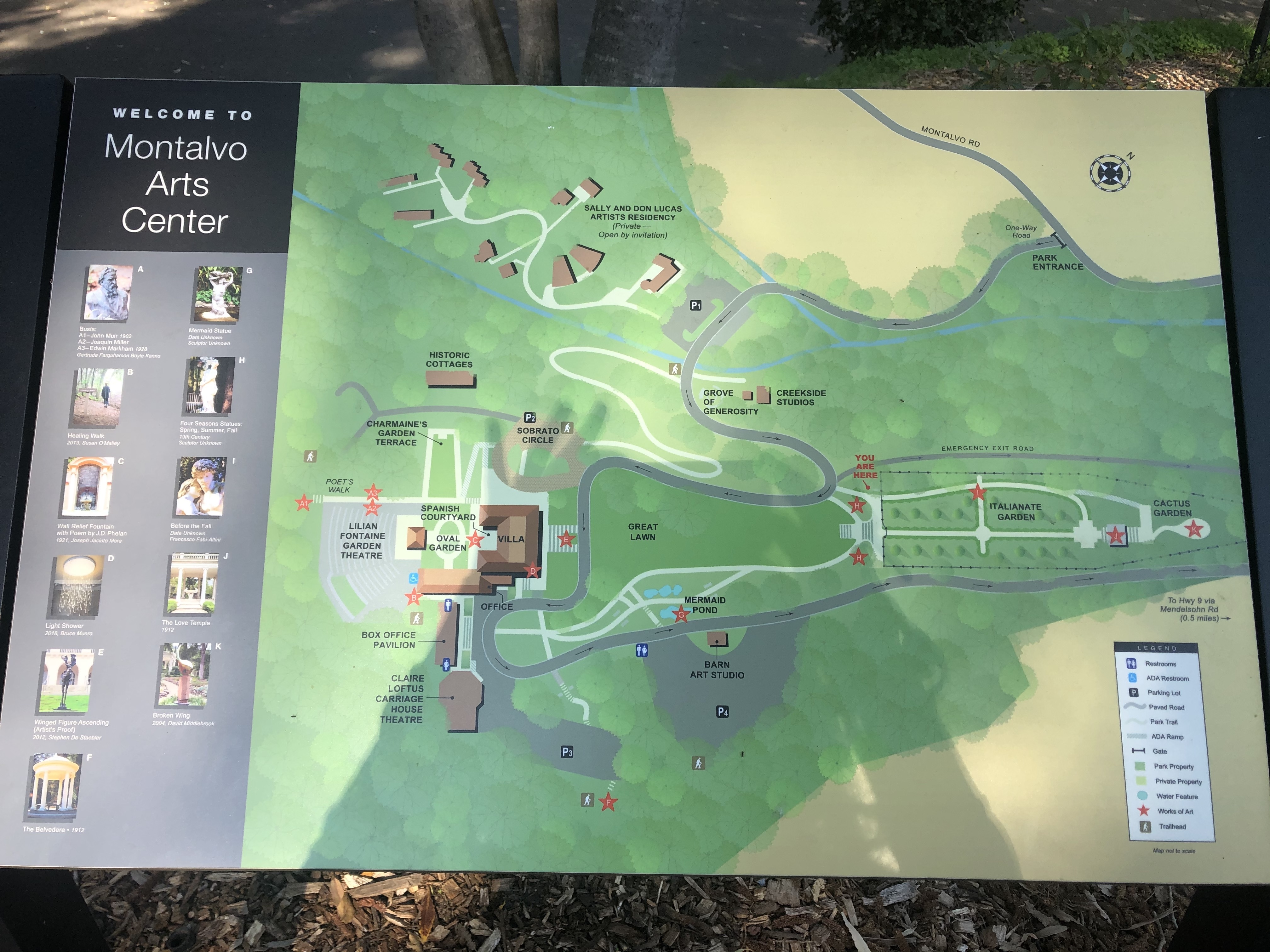 Current map of grounds at Villa Montalvo. This map shows in more detail the different parts of Villa Montalvo. It is used to show visitors around the grounds and to draw attention to certain art pieces on the grounds. It does a good job of mentioning not only buildings but also gardens, art, and trails. It is not only informative but also inclusive. 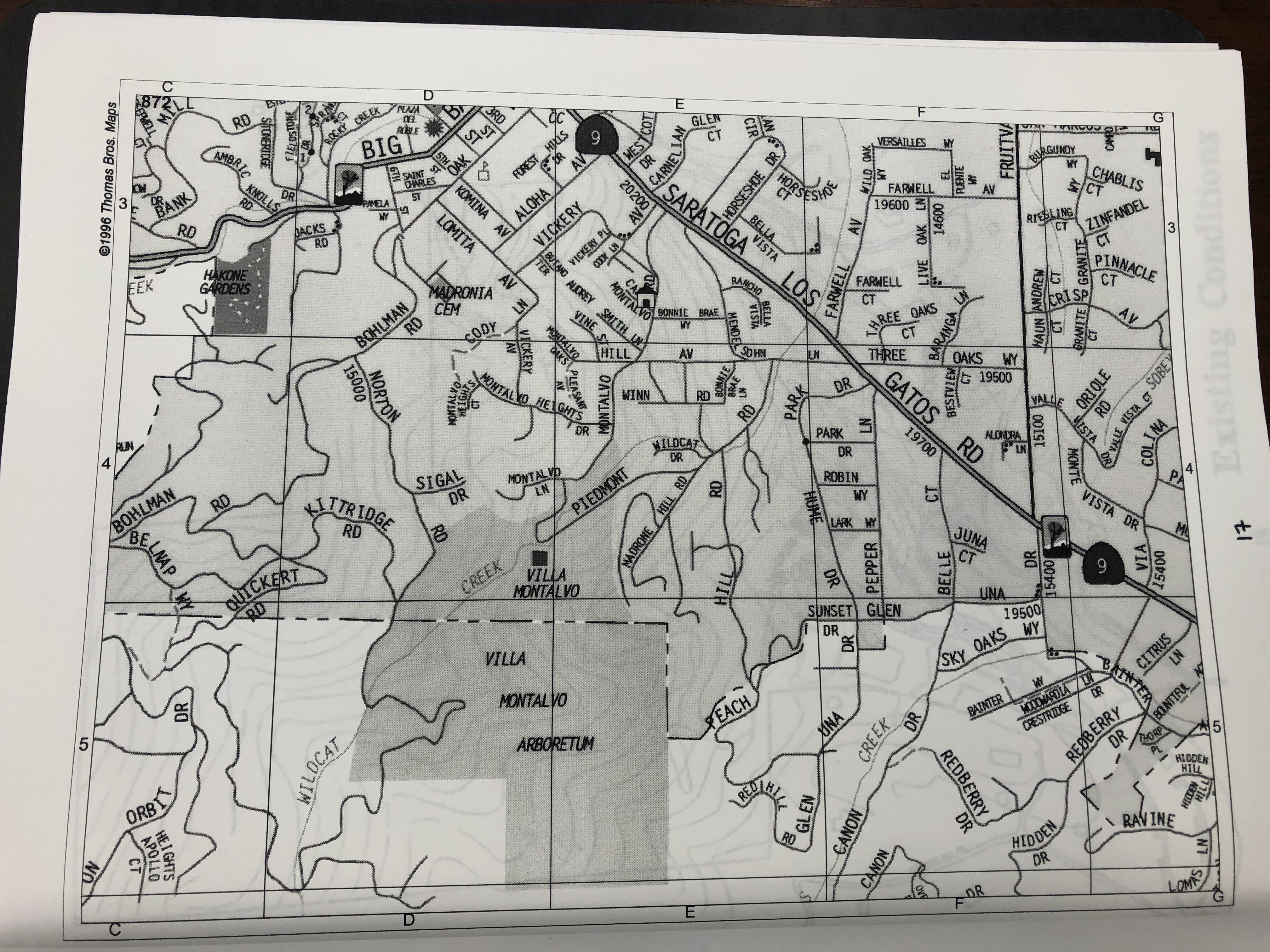 It happens almost everywhere. You're driving around in your town and notice a small sign. You drive past it every time you go downtown, but you never bother to turn. Until one day, you do. You turn right on to the winding road and make your way up to a place you have heard about but never gave a chance. This is one instance that I had with finding a hidden treasure in my town, and my experience is not a unique one. Everyone has places that they don't go to in their town and that they take for granted. For me, this place is Villa Montalvo.

What is Villa Montalvo?

Montalvo Arts Center, more commonly known as Villa Montalvo, is primarily a center for the arts. With a commitment to diveristy, community, and creativity, it is truly a place where imagination and experimentation flourish.

While it's main use is for the artist residency program, the Lucas Artists Program, it is also used for a wide variety of events and activities. This exhibit highlights these purposes, starting off with a more general look at the grounds, and then narrowing into more individual uses.

It is true that that more uses can mean more stakeholders in a specific place. However, that doesn't necessarily equate to conflicting ideas. Rather, this exhibit is supposed to show the opposite. Grouped in three categories, this exhibit should shed light on how stakeholders are able to find intersections in the uses. Instead of being in opposition, they are actually working together to create meaning out of this complex place.

Why is this Important?

This exhibit is important because it sheds light on a place that is tucked away and often only discovered by those in the small town of Saratoga. By exploring this place, one will be able to see how places, such as museums, are constructed in a way that invites visitors to engage with the specific place. It will also draw on the notion of multiple stakeholders at one specific place, and how these differing people can interact and actually come together and overlap, instead of being driven apart.